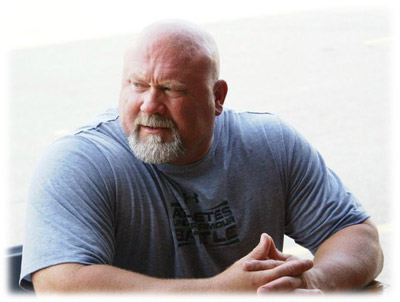 Ed Cosner has been there

At PowerSport, I move beyond the hype and training fads to focus on explosive strength and speed, the foundation of championship performance. My single goal is the creation of champion athletes both on and off the field by using educated and proven scientific principles. By applying expert tests and evaluations and by taking into consideration short and long term goals, I write a training program that is tailor-made to the individual athlete.

At that point, drawing more than 30 years of experience as an elite athlete and coach, I work with the athlete to ensure that gains made in the gym show up in the heat of athletic competition.

I motivate and teach the athletes in my care to be great both on the field and off. I truely believe that lessons and experiences in sport can have a huge impact on the development of the whole person.

As an athlete, your time is valuable. Train with an experienced coach to build your explosive strength, power, quickness, mulit directional speed and fitness in a way that will not only enhance your performance in sport but also aid in your ability to resist or reduce the severity of injury. Having played and now coaching in professional sports, Ed knows what it takes to lead and propel individuals to the next level of athletic performance. For years, Ed has taught and trained with the single goal of bringing out the best in each athlete. By taking advantages of his many years experience and time-tested techniques, athletes find it within themselves to overcome adversity, to find their inner strength, and ultimately to succeed.

As an internationally recognized Strength and Conditioning Coach with more than 25 years experience creating champion athletes, Ed Cosner's passion for coaching has led him all over the world to coach with and to learn from the best coaches out there.

It’s often been said that “I write or tell stories of training fiction to make a point about training reality” which is close to the truth although much of what I talk and write about is truth but the names, dates and places have been changed to protect the innocent and the guilty alike.  So I hope that you'll take some time and enjoy my writings in the blog section.

What matters is what the athletes themselves have had to say over the years. Here's what one athlete, the son of an NBA player, said:

"[Ed is] a great motivator who can get the most out of everyone that walks in so they have success in their sport and in their lives."